Around 1919, an abandoned timber tramway of the Lune River mill (Huon Timber Co.) was improved and extended by the Hydro Electric Power and Metallurgic Company.

(This Company began the building of Waddamana power station and was to be transformed into the famous state-owned Hydro Electric Commission – but that is another story).

The purpose of the refurbished line was to transport limestone from a quarry at Marble Hill just south of Hastings Cave to a jetty at Brick Point in Ida Bay. Limestone was hand-loaded onto river ships and taken to Electrona. Here in North West Bay was the plant that turned limestone into calcium carbide. This was mainly used for the production of acetylene gas. Not surprisingly given the railway ownership, this process used copious amounts of electricity.

(The company founder, one James Hynds Gillies, had patented a zinc smelting process that used copious amounts of electricity – but that is another story.) 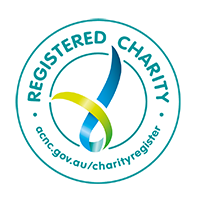